Civilization Beyond Earth: Affinity Wars is a mod/fan made expansion for Civilization Beyond Earth: Rising Tide. It requires the base game and expansion to play. Unlike most mods, this one is fully compatible with multiplayer (this was hard to do, and meant I had to leave out some of my favorite features that can only be added via a mod, at least as far as I know, if you figure it out, let me know in the comments!)

- harmony now has specific variants usually only available through Supremacy and Purity paths, making them viable for defense and attack

- you can actually make and control hydracoral!

- units from other mods such as stealth bombers

I started getting into Beyond Earth modding after my friend settled on a cheap strategy for every game: 1) pick North Sea Alliance 2) rush gunboats 3) get upgrades to earn science from killing aliens 4) rush science and win.

I got bored of trying to innovate around this strategy, and eventually this became the way we played the game. We both pick North Sea Alliance and rush a Purity Supremacy hybrid and then end in total war.

I was annoyed by the fact that Rising Tide fixed so many issues, but ignored the fact that there were so few water units, and most were unlocked early. This means that it's easier to rush gunboats than any land unit, and they move faster and don't have to go over mountains or any of that. So at first, all I wanted to do was to move the gunboat to the same spot as rocket rovers so that the game would be at least a little more balanced. I found a mod which redid the entire tech tree, and I noticed that it moved gunboats, so I had to have it. I also liked how it separated the tree into Supremacy, Purity, and Harmony sections. But, the mod did mess a few things up, which I fixed; this was how I started modding.

So, I messed with the mod and fixed it up, and managed to figure out how to install it as a core part of the game. Now, I could play with it online. But it still had issues: water combat was just bland. I knew now what I had to do. I had to add a bunch of hover units to the game. I went back to steam and installed a few hover units. It wasn't enough. I added some myself. I continued to add more stuff (some mods, and some my own), until I liked how it felt. Though I kept it to the theme of separate affinities.

I then decided to package it up like an expansion. I added three new sponsors: one which represented each affinity. It feels good now. It has been tested in single and multiplayer, and works fine on both.

1.0.1 (8/4/19) - put certain affinity specific techs back in the correct place and buffed the Gladiator

Open steam and right click "Sid Meier's Civilization: Beyond Earth". Click "Local Files". Click "Browse Local Files...". Copy the file "BeyondEarthAffinityWars.zip" into the folder and extract the files. It will ask you to overwrite, click yes. 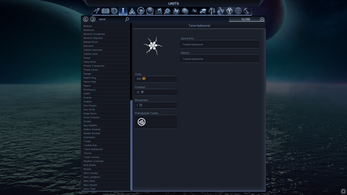 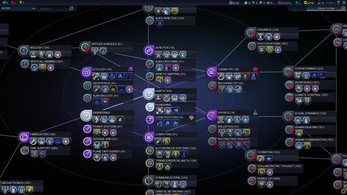